Ah, television. The ever evolving medium where storytelling can thrive for hours on end. Mostly, anyways. Like any medium, some hit more than they missed for me and vice versa. But what I loved this year, I really loved and I couldn’t be happier to tune in week after week. Here are my favorites: 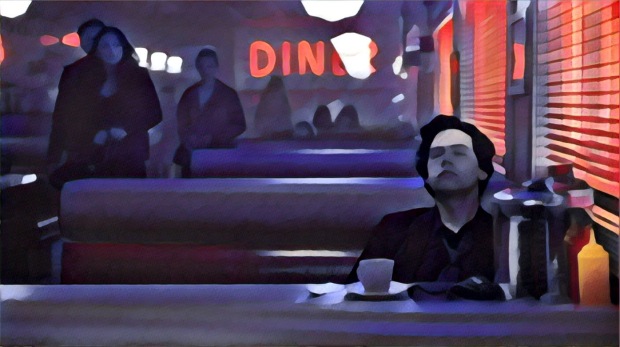 Yes, the show where Archie from Archie Comics… fucks. Part Twin Peaks, part gothic romance, all CW gloss and glam. Not only does it embrace the tropes of what the CW has been criticized for, it actively plays with them in ways that feel like an inside joke. It never winks at the audience directly, we all just know a dark and gritty reboot of Archie Comics for television is always going to be hilarious. In that sense, it’s sort of freed up the series to be about anything and everything. Often driven by murder mystery plots and the best looking cinematography on television, it’s a bold faced melodrama that isn’t slightly embarrassed by bracing a brand that defined a network. It’s some of the most fun I’ve had watching television. 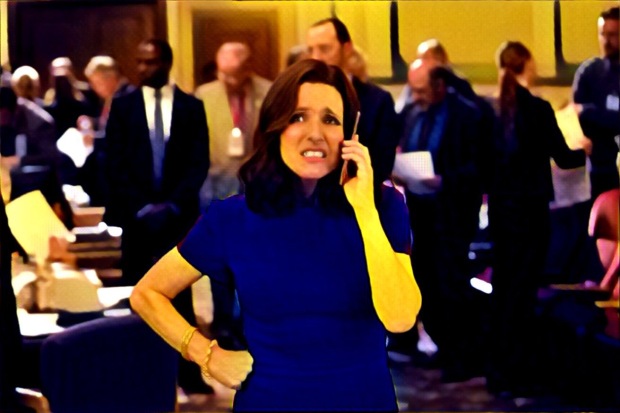 Essentially what actual politics is like. The Government is run by a bunch of fucking morons. Sometimes they care. And sometimes they even care about a cause because they believe in it! Veep isn’t just a scarily accurate look behind the curtain of politics, it has the kind of mean streak that made the British Office have a lasting impact. The cabinet of characters surrounding the once awful Vice President turned President turned ex-Pres are vile, selfish and driven to succeed above all others. It is somehow the most infectious show on television and one that takes advantage of the politically incorrect jokes. And not in that Bill Maher way either. You know, the kind of asshole who smirks and doesn’t actually know what they’re talking about? Veep satirizes because it understands the importance of politics. Not just to point fingers and say everyone is an idiot. I mean, they are, but that’s not the point. Selfish as they may be, even a few of our unlikely career politicians understand the ramifications of their actions and desires.

If you had told me a decade ago that not one, but two CW shows would be priority television for my, I would have said something stupid. Because I was a teenager. But also because while a fun home for melodrama, it wasn’t producing what we’d call “high quality television” shows. Lo and behold, The 100 took my brain by storm. It has a very YA fantasy establishing premise with the perspective of young adults and their overzealous parents before doing The Walking Dead and Game of Thrones thing with how it brings up impossible moral conundrums. Unlike the latter shows mentioned, however, The 100 has never frustrated me to the point of not watching. Every season has consistently reinvented itself, constantly uprooting the status quo, bringing up new ways to challenge morality and Season 4 was no different. I missed it on air but recently caught up with the Season on Netflix. I finished it in a week. #Skaikru4Life

Pitched as a parody of the True Crime Documentary style, American Vandal is so much more than that. It’s a study on the relentless pressure of youth and the dangers of a faulty education system. American Vandal is one of the best series I’ve ever seen. Not just comedy, though that’s how they lure you in, but as a work of art about the conditions and analysis of teenagers in a high school environment. It’s green-lit for a second season but their debut season was so strong, it’s almost destined to fail subsequent seasons. That doesn’t mean I won’t be there Day One to see how they go about it.

What happens to us after we die? Eternal blackness or did one of society’s religions actually get it right? The answer, in its own bizarre way, turns out to be a resoundingly confused: YES! At least according to Michael Schur’s The Good Place. If you’re confused by these sentences, just imagine the afterlife does exist and it is meant as paradise, tailor made for individual people. But it also turns out to be its own paradoxical hell when someone realizes they may have been sent to the titular “Good Place” on accident. A sitcom and somehow spiritual/thematic successor to the same ideas that drove Lost back during its run. The series tackles concepts of morality, logic and whether or not people can really change. It’s also maybe the funniest show on television. Ted Danson remains a gift to the entire planet. That he’s surrounded by an incredible group of performers doing career best work is worth endless praise.

Danny McBride and Walton Goggins star in a John Hughes inspired workplace comedy about two Vice Principals vying for the big job on campus: acting school Principal. But this isn’t really a John Hughes comedy. It’s a Brian DePalma thriller hiding behind the curtain of synthwave and nostalgia. Ranging from relentless comedy and outright Breaking Bad level intensity, Vice Principals is unlike anything you’ll see on television. I can’t begin to state how happy I am this crew is taking on the Halloween franchise with the blessing of John Carpenter. There’s a shot in the first season finale that is genuinely unsettling. But even in its darkest days, Vice Principals never loses sight of what makes these characters fully realized people. They’re flawed people (that’s putting it mildly) but this show is a prime example of not needing characters to be likable to be interesting. I’ll miss it dearly.

The absurd mysteries of the strange forces of existence. Much has been said about Twin Peaks: The Return but the craziest thing is how it feels like we’ve barely scratched the surface. Questions beckon more questions. But like most art, Twin Peaks isn’t meant to be “figured out” as much as it is meant to be felt and understood. In the original run of Twin Peaks David Lynch and Mark Frost were never going to say who killed Laura Palmer. Only after pressure from executives at ABC. Lynch called Laura Palmer’s death “the goose that laid the golden eggs” and when you look at the history of episodes that immediately happened after, it’s clear there’s no bullshit there. The ship was righted by the Season 2 finale and we were left with a cliffhanger that promised a dark future for the town of Twin Peaks, its citizens and the surrounding universe. Darkness is eternal. But so is light. One cannot exist without the other. The darkness in Twin Peaks, while supernatural in nature, exists as a personification in symbols. Grief, loss, pain, all real human emotional traits that exist in every one of us.

You can read my full thoughts on The Return here.